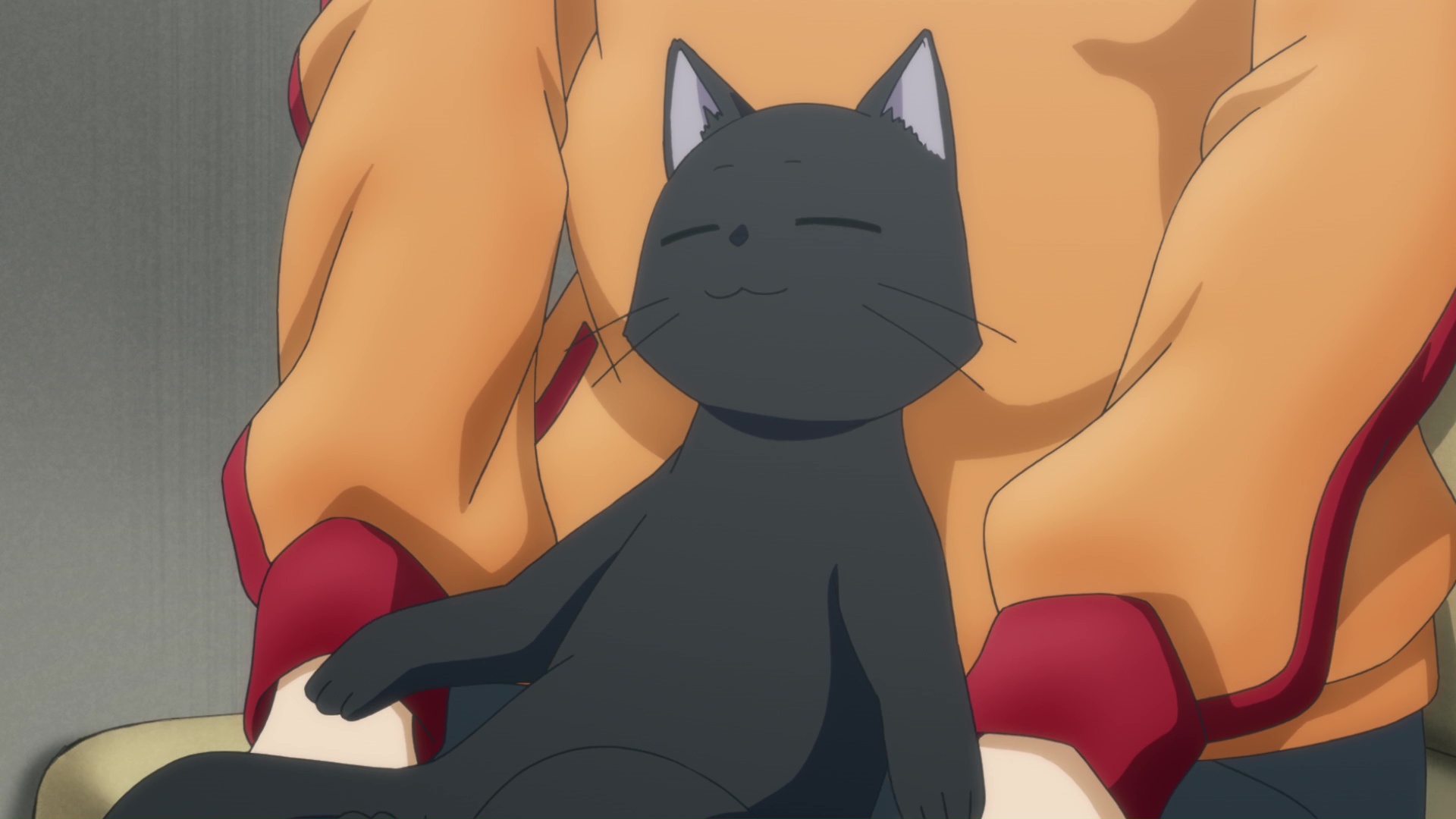 Flying Witch makes me want to take a paid leave, then set off with my cat on a Sunday morning stroll. If only I can hold an actual conversation with my cat, this idea would be perfect.

This week’s installment is equal parts relaxing and cute. We’ve gotten no less than what we come to expect after getting familiar with Flying Witch‘s simple yet effective formula. A slow slice of life pace for the mild flavor, and a twist of the supernatural for that extra aftertaste. At first glance, character development doesn’t seem to be progressing that much at all, but if we do compare this week’s episode to the first three, we’ll be surprised by how much we’ve been missing. Chito, for one, is starting to feel like a real part of the crew, instead of something like a mascot tagged as a “witch’s familiar”. Her interactions with the rest of the gang are week by week getting much more interesting and relateable — not to mention cute. Relateable in a way that cats’ facial expressions actually do convey their emotions more often than those of other common domesticated animals. They even got Chito slapping Nao’s face with her tail on point. Every time I poke my ill-mannered cat, her tail sloshes to and fro in a timed rhythm — a clear sign she’s annoyed by this pesky human. We also have Makoto who, at first, denies that she doesn’t get lost that much, but now she’s actually proud of it as if it’s a matter of fact. It’s these little portrayals that we usually don’t notice from our everyday life that makes Flying Witch a truly down to earth show.

My cat would’ve eaten that… thing. 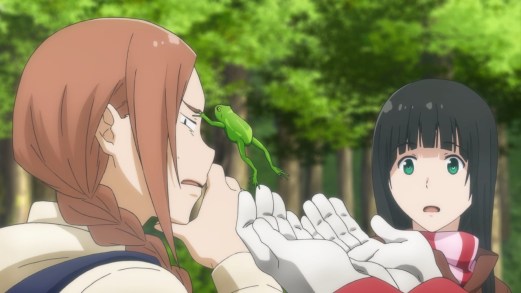 Former half of the episode was bridged to the introduction of a new character — ghost waitress-chan. The trio Kei, Chinatsu, and Makoto’s interaction with ghost waitress is pure diabetes. Chinatsu, being the tactless kid, dropped the hint and we were rewarded with a blush, and a rather cute retreat from ghost waitress. I find it funny and odd that she’s shy to the point that she’d rather choose to look weird by covering her face with a mask. I’ve never met someone with this level of shyness before, and that just adds to my curiosity of her. I’m pretty sure ghost waitress is going to be the source of a few jokes and pranks by Akane in the future. I really do wish we are to see more of Inukai though. I thought that Akane won’t be getting much screentime considering that she’s travelling prior to all of this but for some reason, she’s lazing around at home watching some afternoon drama. Actually, when the scene moved back to the house, the bgm coming from the TV sounds like some fast-paced stuff and not what Akane claims the “drama” show she’s going to watch. Who knows. She may be watching some Jackie Chan!

These two sure loves the kitchen.

I heard that this was a reference to a real establishment in Japan. 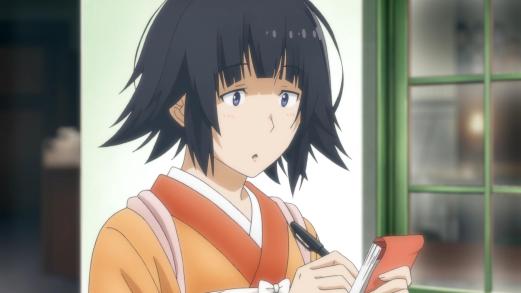 A girl from the Meiji era taking your orders. Kinda like a cosplay cafe.

I can say that that was yet another enjoyable episode of Flying Witch. We’re down to 5 left, and I don’t even want to bring that up specially since there are a lot of things I still would love to see from our casts. We’ve yet to see a beach episode, a school episode, more Inukai, and basically any thing from Flying Witch. I guess if I were to say what the downside to a slow paced show is, it’s that we can’t expect more to be shown. I’m not really sure how far the source is ahead, but if there’s more material to cover, we can be lucky enough to get a second season or perhaps an OVA considering that Flying Witch seems to be doing great with both Japanese and western viewers. Regardless, this show so has surpassed my initial expectations which makes me so happy I got to pick Flying Witch up as one of the two shows I’m covering this season ^_^ Well, I guess that’s it for this week. I’m off to request my paid leave now. See ya soon!