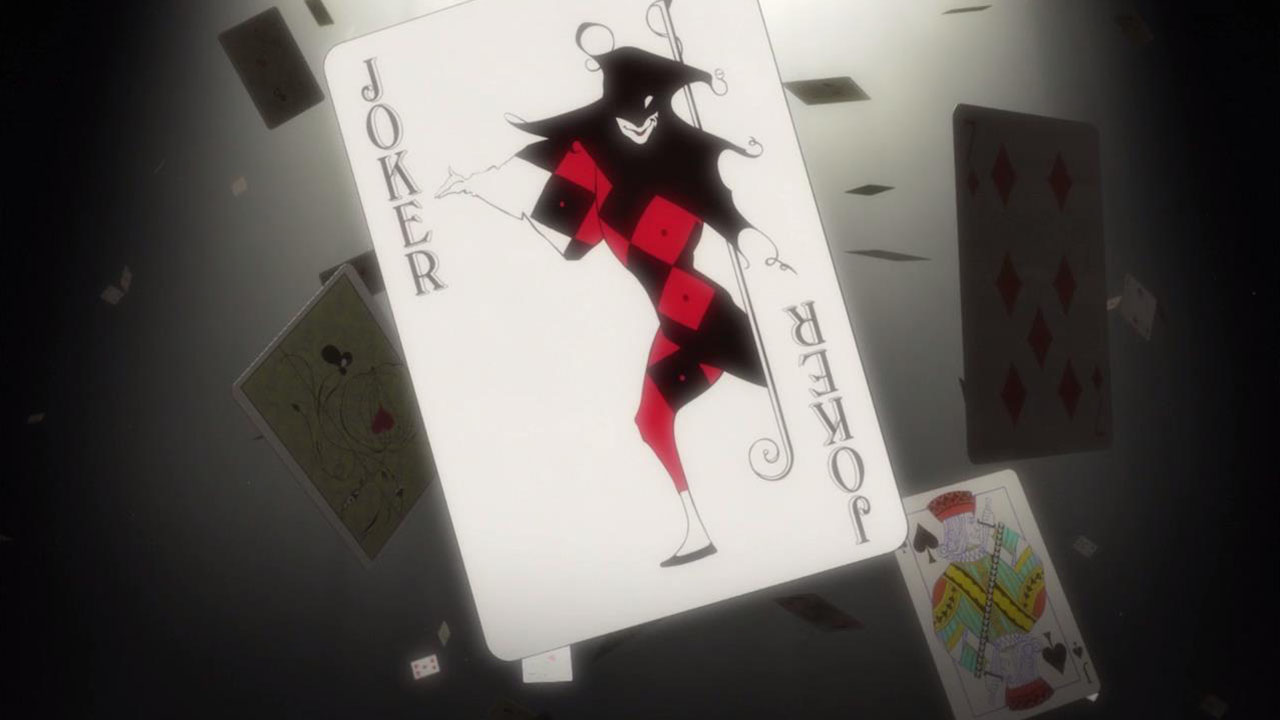 One thing I like about cryptic whodunit shows is how it allows the viewers to connect the dots to give us a rewarding epiphany should we guess right. However, that doesn’t seem to be the case with Joker Game as it bluffs its cards faster than Gus Hansen can. Instead of allowing us a breather to piece the evidences together, Joker Game concludes a narrative within an episode in a seemingly non-overarching manner. Plot-wise, it doesn’t really serve anything other than repetitively flaunting D-Agency’s prowess with the cloak and dagger. It does, in great effect, instill the feeling of being trapped in the incomprehensible cob-web of espionage. Joker Game drags us in to its world — powerless, and unprepared. 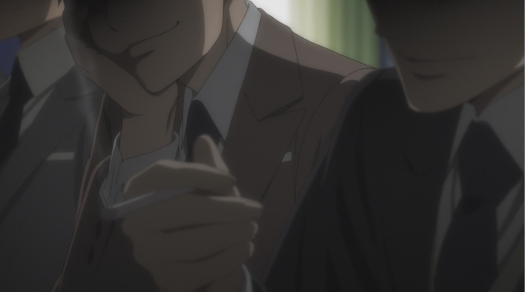 I feel like the whole point of Joker Game is to let us experience how it feels to be in the “game” with their own rules, in their own court, rather than watching them play the game. After all, isn’t that how they welcomed the new guy from the first episode? Look, it’s as if their smug smiles are directed at us given that we’re as clueless as the character in question. We’ll see a lot of these first person POV shots of Yuuki and his proteges snickering, and this is probably one of those constant touches that draws me in to Joker Game‘s world.

Joker Game isn’t meant to be watched with the thought of solving the puzzles yourself (ain’t Detective Conan nor Danganronpa), thus the non-existent breathing time to form your own theory. Trying to do so is just a futile attempt, considering that the key hints and clues are basically impossible to notice as Joker Game‘s uncut and continuous flow of narrative drags you until you notice that the episode is actually over. It’s as if you’re watching some street magic, trying to discern how the card came to in your pocket, only to end with the performer revealing the trick behind it. Sounds familiar? Why, it’s an episode of Joker Game! Having an episodic approach isn’t bad in itself as it’s actually a great way of exposing us to varying angles of how the game of spies work. The only quip I have about it is… well, it’s repetitive. Aside from that, Joker Game is a genuinely unique show and I’m glad at how it came to be. 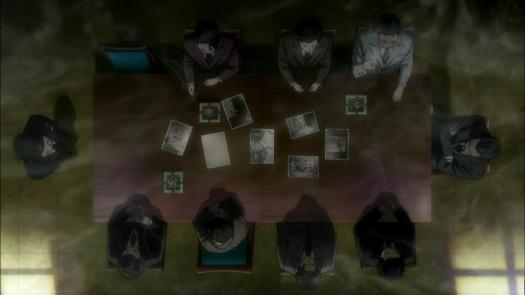 Let me guess. I’m pretty sure you can’t name a character other than Colonel Yuuki. Don’t worry, mate, you’re not the only one. The character design of each D-Agency member was probably intended to look similar to one another, with the only distinguishing feature is their voice, hair, and height. As spies, it’s always best not to stand out and leave an impression unless you need to. This unifies them into a single entity of that of an enigma whose only purpose is to deceive. Now, if you stopped caring about who’s who after a couple of episodes, then that’s enough of a hint that Joker Game succeeded in manipulating your thoughts and decisions without you being aware of it. Well, they’re spies after all, and I believe that’s what the show’s intention is — to make you feel as if you’re playing too.

Joker Game‘s last episode just aired and… it just ended like that. No flashy stuff, no a la James Bond action. Just like a shadow receding slowly, D-Agency steps back from the limelight. We’ll probably never know who our protagonists are, who Yuuki is, or what happened to them afterwards. For all we know, we’ll never get to the same level as those monsters.