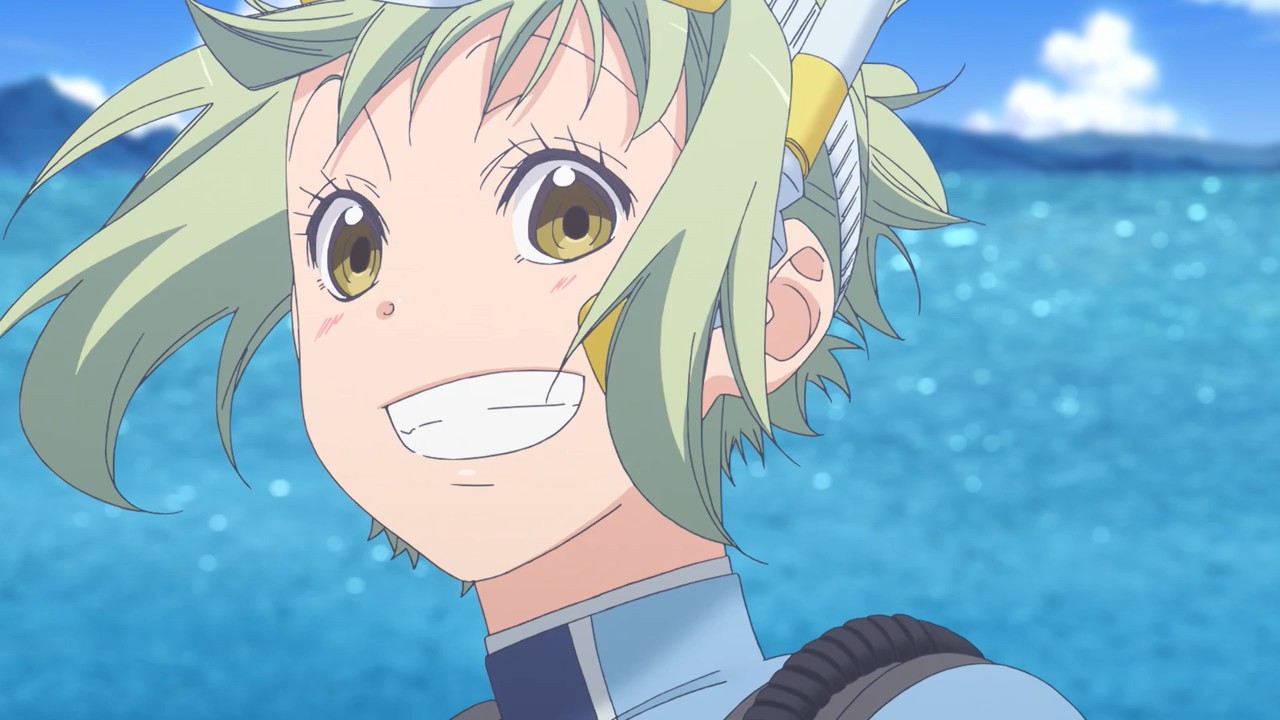 Heads up! Summer is barely starting for our diving crew.

In a fitting and conclusive send-off, Amanchu! bids farewell with its tagline of Fun for All, All for Fun. I couldn’t agree more that this gentle reminder as it easily summarizes what the show is all about despite its generally slow and introspective nature. For one, Amanchu! doesn’t only aim to progress the development of its characters — mainly Teko — but it also attempts to see its viewers as a better person during the course of its run time. It asks you to learn from Teko’s character and use it as a means to base and form your own maxim; it asks you to reflect on your own perspective, and that’s what Teko has been for me all through out. However, that is not to say that Amanchu! had been spoon-feeding me. Like what I have said before, Amanchu! is the gentle push encouraging you to try new things out — whether or not you take the dive depends wholly depends on you.

Needless to say, not everyone, of course, is open to absorb what Amanchu! conveys due to several factors affecting our perspective, but at the end of the day, regardless if you’re a socially awkward person like Teko in need of a little encouragement, or someone like Pikari who’s gung-ho about almost everything, Amanchu! wants you to have fun — be optimistic; have fun regardless of who you are. And this reminds me of why I’m so deeply invested in iyashikei shows. They aren’t a primary source of relaxation; much more I don’t think of them as a means for escapism. Rather, they become the foundations on how I live my reality. Case in point: I’m a couch potato, but it’s thanks to Amanchu! I’ve been doing things that are not in my routine lately. 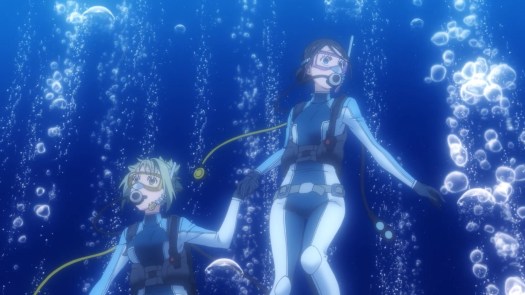 I don’t really have anything negative to say about this show. I got what I was looking for; it did its job at being the anime I thought it always was partly for the reasons stated above. However, if I have one bone to pick, perhaps I’ll go with the lack of exposure for the side-characters. I do feel like the show dragged a bit on Teko and Pikari’s duo to the point that there really isn’t much change discernible in their dynamics between episodes. Sensei, Pikari’s grandma, otouto-kun could’ve used more screentime and tie their own stories in to Amanchu!‘s central theme, all the while fleshing out their characters more. One good example the show did to do that is with Teko’s never-before-seen side when playing daruma-san ga koronda. This particular episode doesn’t only limit itself to progressing Katori-sensei’s character, but it also acted as a vehicle to show us different sides to characters we aren’t initially aware of.

Still, one could also say that the longer focus on Teko is in service of the pay-off. In fact, I found myself smiling and cheering for her during this episode simply because I knew how dedicated and passionate she had been in her struggles. There formed an unspoken bond between the viewers and Teko because we’ve been with her from start to finish. Alternatively, I can also say that I was happy because seeing someone as introverted as Teko overcome a hurdle I normally would chicken out from is in itself a form of affirmation; if she can do it, then why can’t we? Anyways, congratulations, Teko!

As evidenced by my previous posts, Amanchu! definitely had more impact to me as a person rather than as an anime fan, which is why it’s pretty hard for me to judge this show on a critical basis otherwise I’ll only sound forcibly biased with most of my opinions. After all, I can hold something on a more deeper recognition and value if the said product resonates with me easily, and that’s what Amanchu! had been for the last couple of months.