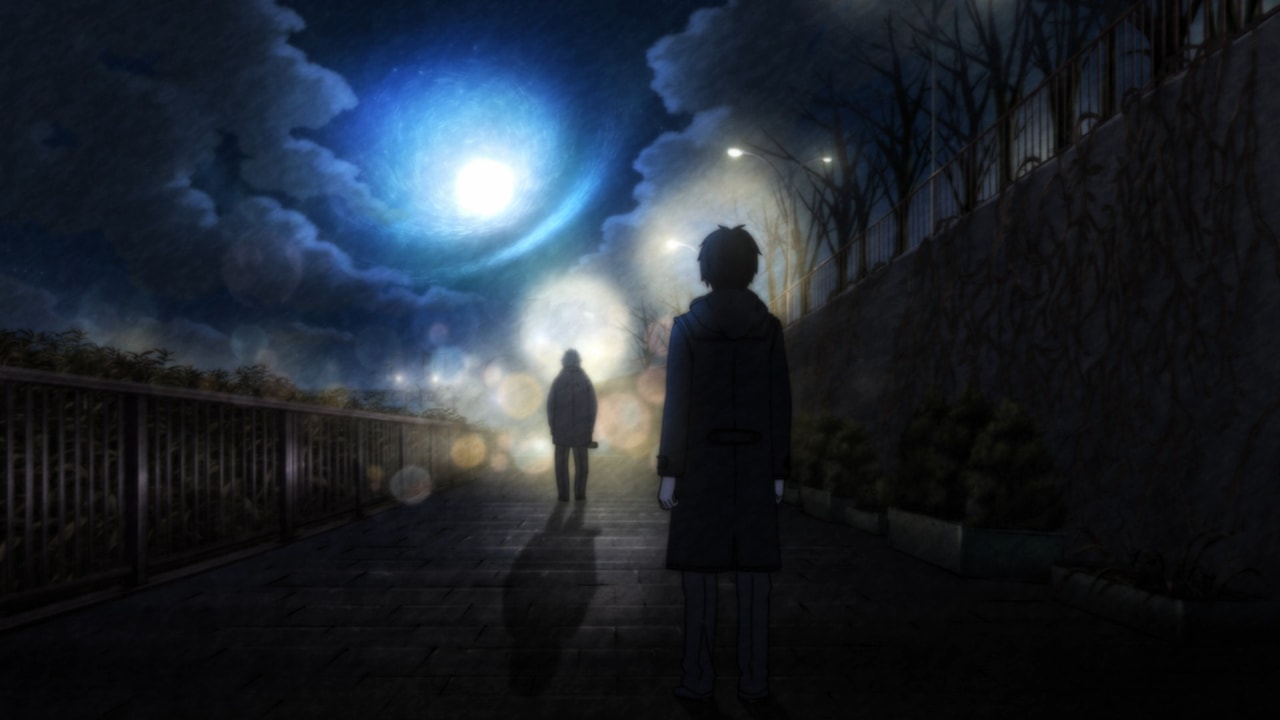 I’m known for my softy side, and I often find myself cursing the League of Onion Cutting Ninjas every time a poignant scene plays out, even with the case of the most mundane stuff like a simple pan of the scenery, or a gentle pat in the back ‘Thank you’ gesture made by a character. However, there are very rare instances when an anime got me sniveling and laughing at the same time. 3-gatsu‘s episode 9 is one example.

I know I’ve only touched upon this just a little given my lack of vocabulary and exposure to cinematography, but honestly, 3-gatsu has had great usage of imagery and shot composition all throughout this season, that I feel ashamed of myself for not elaborating on them further. Regardless, nothing is too late for anything, granted that 3-gatsu displayed yet again another emotional visualization of feels this episode.

Episode 9’s first half felt like a trap. Like, someone is trying to get your guard down by making you laugh and comfortable, but later on will punch you in the gut with a glove of feelers. There is a specific moment this episode wherein the tone suddenly shifted from good-humored to downright depressing, and it all started with a panoramic view of the bridge, followed by a deafening silence, and then BAM. I had a feeling I couldn’t win. Unnerving, heavy, far-away… it all boils down into one baggage of emotions, further punctuating the on-coming dialogue between two characters sharing an intricately similar relationship with shogi. This formula, in fact, isn’t only special for this episode, as we’ve seen 3-gatsu employ the same sleight in its previous scenes: in particular, Hina’s tearful moment in episode 3.

While it may be desensitizing to be treated to the same thing again and again, I’ve never felt 3-gatsu‘s emotional impact wavering, given that each character we share a moment with has a different reason to shed a tear. Hina mourns for her mom, while Matsunaga-san whimpers from the thought of getting separated from shogi. Various stories may fit into the same structure, and I can actually make something comedic out of this for the sake of discussion: a wide-shot of my bedroom, followed by silence, and then BAM. I’m fucking late for school. You can literally amplify a situation by following the said checklist, yet it’s precisely because its structure feels all-inclusive that we are able to connect and rapport with the characters and feel the context behind their actions. After all, isn’t silence the first thing we seek when we’re feeling down? Don’t we try to look at the bigger picture when there’s something we don’t understand? Isn’t this how empathy works?

And that’s it for this week, folks. Season is ending, and a new one begins soon. I’m wondering if I should continue blogging 3-gatsu throughout Winter? I guess… I will, then I’ll pick 3 new ones, granted there’s enough interesting shows to talk about.