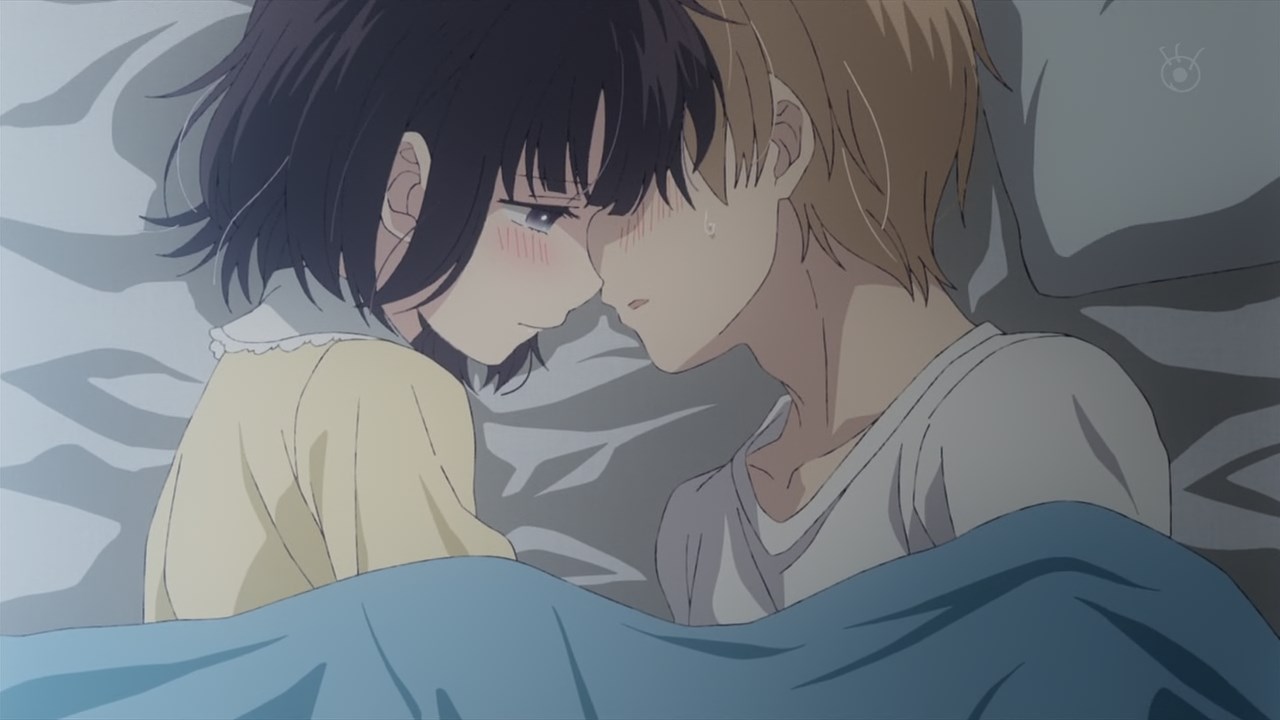 When it rains, it pours. There’s no stopping Kuzu no Honkai, bois. 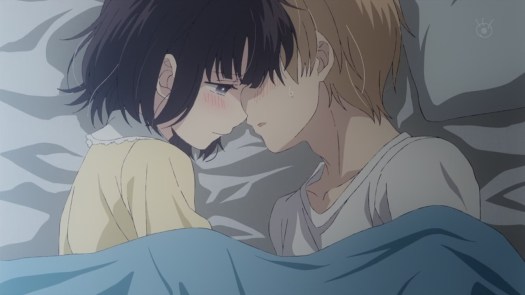 This episode made me angry, it made me feel disgusted, it gave me a boner, it made my heart race, but ultimately, I just feel miserable. It’s disheartening because at the end of the day, all these twists and turns will most likely coalesce into this clusterfuck of a compromised relationship ala White Album 2 — heck, possibly into something even more grotesque. I wasn’t expecting Hanabi to develop a different kind of affection towards Mugi, and that little exposition from her just when she was about to confront Bitch-sensei catapulted this anime into an even rockier road.

I mean, at first, I can’t seem to get the feel of the “emotions” from the characters — they were so far had been unconvincing, prolly because we didn’t get any supplementary backstory up until this week — with Hanabi and Mugi just playing with each other because ‘muh crush isn’t noticing me’. Then again, it kinda does make sense for Hanabi to develop feelings for Mugi, granted that I always saw her as someone who isn’t willingly doing those lewd things because she sees her crush in him, but rather, it’s just that she can do those things because it’s Mugi. 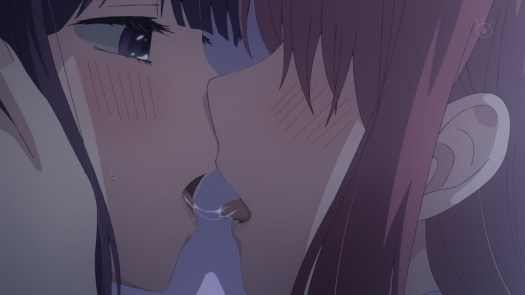 Love does make you blind, but that statement is… a bit inaccurate. I’ve always been bemused by that famous aphorism ever since I tasted my first instance of a heartbreak, and, well, I soon came to realize that it doesn’t exactly make you blind — it’s just that love will let you see what you want to see, but that doesn’t mean you are seeing everything. Ecchan realized she’s gay thanks to Hanabi, and Hanabi realized she’s falling in-love with Mugi. Are they blind? Not really. They’re just seeing something else that you don’t. It’s… hard to explain, but I think the idea was more or less used to express Mugi’s illogical conclusion that Akane-sensei ain’t really a bitch — but, hey, maybe he is feigning ignorance? Yes. Probably, yes. After all, his silence in the restaurant was unsettling.

Anyways, I don’t really want to delve too much in the specifics when it comes to love because I’m not really an expert in that topic so yeah. On another note, I guess Kuzu no Honkai proved that it can portray a gripping and gut-punching drama without resorting to handjobs and french kisses. Specifically that last part with Hanabi meeting Akane-sensei. The editing and transition in this scene was so well done, everything just perfectly melted into this goose-bumps inducing cliffhanger. I already had an idea that Akane-sensei was a bitch prior to that reveal, but the way they wrapped things up made me forget that I got spoiled in the first place. 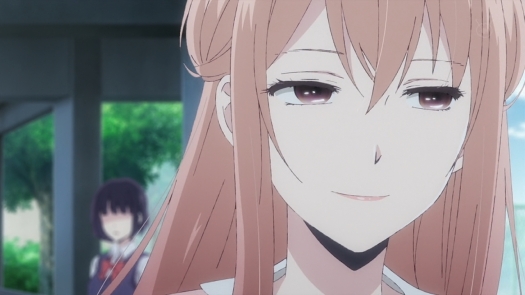 It started with a heavy D chord with Hanabi questioning herself, then rises up into this swelling crescendo as she realizes something. Hatred. Only to fall back again to a series of bittersweet D chords accompanied with thin, wry smiles from Bitch-sensei… then a streak of silence, the school’s bell ringing, the smell of cigarette… cue ED acoustic. Fucking awesome. It’s simply perfect. Reading that sentence alone is enough to give me an idea of what happened that time, and that’s not even mentioning how synced everything was with the small gestures from the characters. I mentioned last week that Kuzu no Honkai‘s OST was a hit and miss, but boy, oh boy this episode proved me so wrong. Kuzu no Honkai knows what it is doing.

I can’t wait for next week’s episode. If Kuzu no Honkai is just heating up, then I can’t even start to imagine what’s going to hit me later on. I’ll see you folks around~