Not the best ending I was looking for, but who cares? 3-gatsu was magnificent. 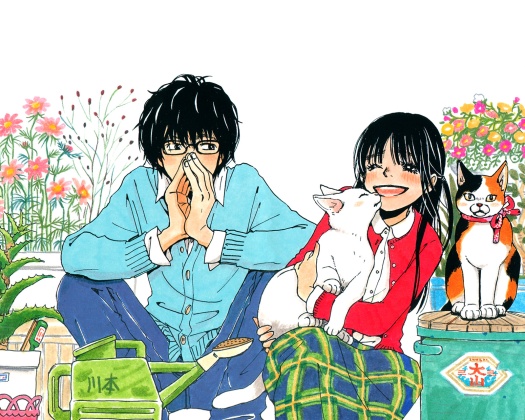 Episode 22 was supposed to be an optimistic send-off, but for some odd reason that I’m still trying to explain, I was feeling restless instead. It isn’t because of the episode itself, but rather, in the same way Rei asked why we keep on picking ourselves up when what’s beyond the storm is yet another storm, I found myself questioning the same thing.

I admire Rei as a character. It didn’t take long for me to realize that I’ve been watching and blogging 3-gatsu through the perspective of my own life, and empathizing with its characters has brought me inspiration and motivation I can use to slog through a week of work. Having said that, there are rare occasions when 3-gatsu‘s somber moments hit too close to home more than necessary. One such moment was from this episode when Rei went full introvert mode. I wasn’t sad, I wasn’t angry, I wasn’t offended or anything. I just have this thin, bitter smile on my face and a look saying “Yeah, well, that’s the story of my life”. It’s hard to be optimistic when what I was seeing was a stark comparison of my how I do things. I like peace, I like silence, I don’t want to complicate things too much, I talk more in my head than with my mouth, I think too much, I observe people first before approaching them, I don’t want a person to sit beside me unless they have something good to say whatsoever — Rei’s a complete package of introvertion, and there’s no easier way to introduce myself than to introduce Rei. He’s still that clumsy and awkward kid that he is, but the amalgamation of experience we’ve seen throughout the course of this series developed him far more than a broad label of an introvert. He’s a fighter, and so are we.

It’s a commonality that I feel uncomfortable with, but it’s also one facet of 3-gatsu that makes it such an emotionally rich story. It isn’t about us, it isn’t about Rei, it isn’t about Shimada, it isn’t about any character winning or achieving something — it’s about being able to grow and move forward amidst these hurdles life throws at us, a shared experience made possible by 3-gatsu‘s deft control over its visual and audio presentation and with how the mangaka handles its characters. It’s a difficult notion to swallow, thus why I can’t help to ask myself the same thing: why do we keep on trying our best? Rei’s obviously far from reaching his own goal, and Shimada is back in the starting line. What’s the point?

Yeah, well, I’ve already answered that question weeks ago — I just can’t help but to address the topic again. I said there’s no real reason why we do it, and that’s reason enough to find a reason, but that sounds like a lame explanation in retrospect. Rei, on the other hand, has a simpler answer to give. Aside from being able to pay his rent and put food on his table, he just wanted someone to be with him — to sit besides him, for him not to feel alone. As much as I love his answer, I find it incredibly fascinating at the same time. I mean, I guess it goes to show how we find it so hard to live in the present. We brood over matters that prevent us to see what already exists in the present. Without needing to play a game and get a ticket, I wish Rei would be able to see that regardless of shogi or not, there are great people around him he can rely on.

Anyways, that pretty much sums up my thoughts after episode 22. I’m relieved that it didn’t take long for them to announce a second season, and granted that a lot of manga readers claiming that the following chapters are only getting better, then that’s more reason to get hyped for Fall 2017. 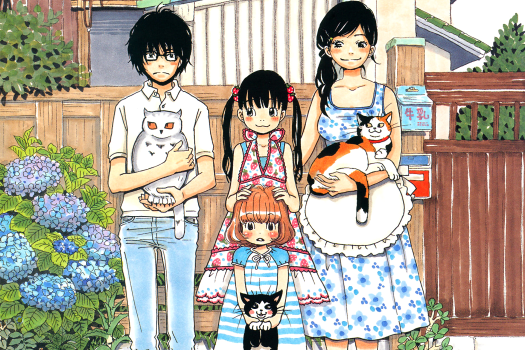 It’s going to feel weird with no 3-gatsu to watch. Then again, it’s only 2 seasons away until we’re reunited with our loveable casts. With that said, I’ll see you folks in October!