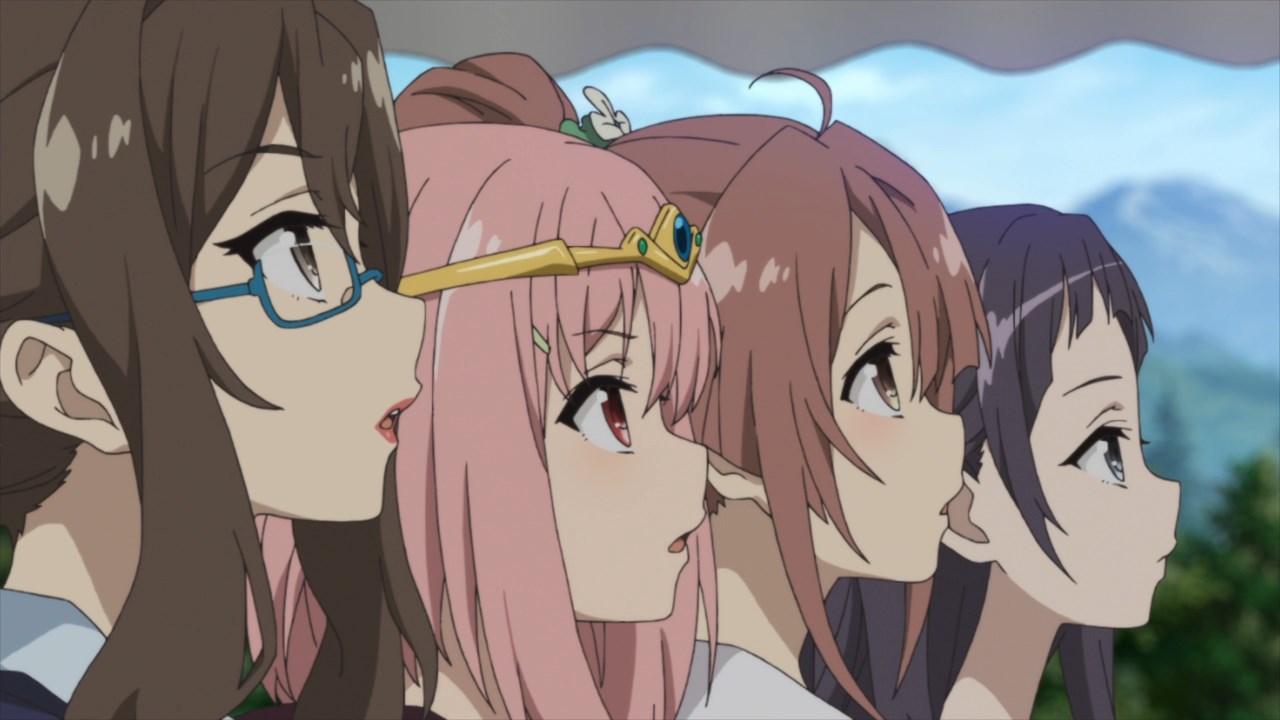 Wow. Did they just jell together the main cast in a single episode? Impressive. 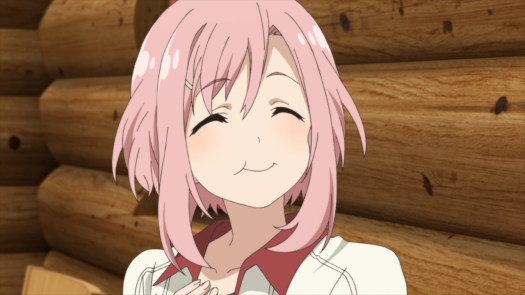 I’m happy to say that Sakura Quest‘s second episode did a great job at continuing the momentum its premier left. The pacing didn’t slow down a notch, and so far it doesn’t seem like Sakura Quest is holding back in introducing more shenanigans. This episode in particular didn’t dwell too much in the specifics and dived right ahead in making the characters busy. The pacing is fast, yet doesn’t feel like it’s dragging us by the tip of our nose. An eccentric character is followed by yet another eccentric character, with weird situations and occurrences happening in between, and even got me to question myself whether or not rural folks were this… bizarre.

Bizarre or not, I’m really loving it. Maybe because I’m looking for a fun ride that has a different catch to it? A roller-coaster out in the sticks, probably? Well, I’m sure if Yoshino and crew had the money to I’d bet they’ll open a theme park in no time if it means selling that manju. Having said that, there’s still some suspension of disbelief needed to fully enjoy this episode. I mean, a single episode brought together presumably every important characters, and made them look as if they’re already one solid and developed group. While that itself is an admirable way of progressing the narrative, it can also be thought as if they were there for convenience. Gotta sell the manju fast? Look! A web developer — let’s have her make us an online website! Hey, I don’t know much about what a chupakabra is. Why not ask our cute resident geek instead? Surely, if these guys really live in this village, they should already have an idea of what the hell they’re advertising, so why does it has to be a cute girl who knows these ‘occult’ stuff?

That’s not to say that it dampened my enjoyment of the show, however. After last year’s cult hit, Mayoiga, I guess I kinda learned not to take everything at face value and at least appreciate an anime based on what it really does, and Sakura Quest is proving to be the same in that regard. In any case, that last bit where the bard cued in while playing the harmonica, and then the girls were wearing this WTF? look on their faces perfectly sums up the joke of this episode. That was some weird hilariously shit, and I hope Sakura Quest keeps bringing these weird hilariously shit. I like weird hilariously shits. I’m from the sticks after all, so I guess I’m a bit bizarre too. 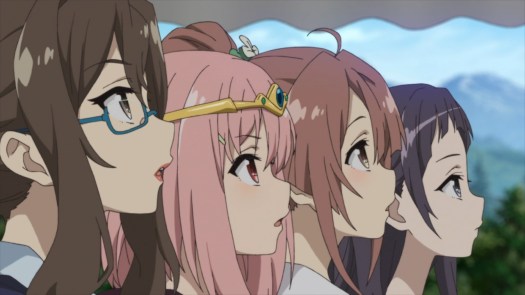