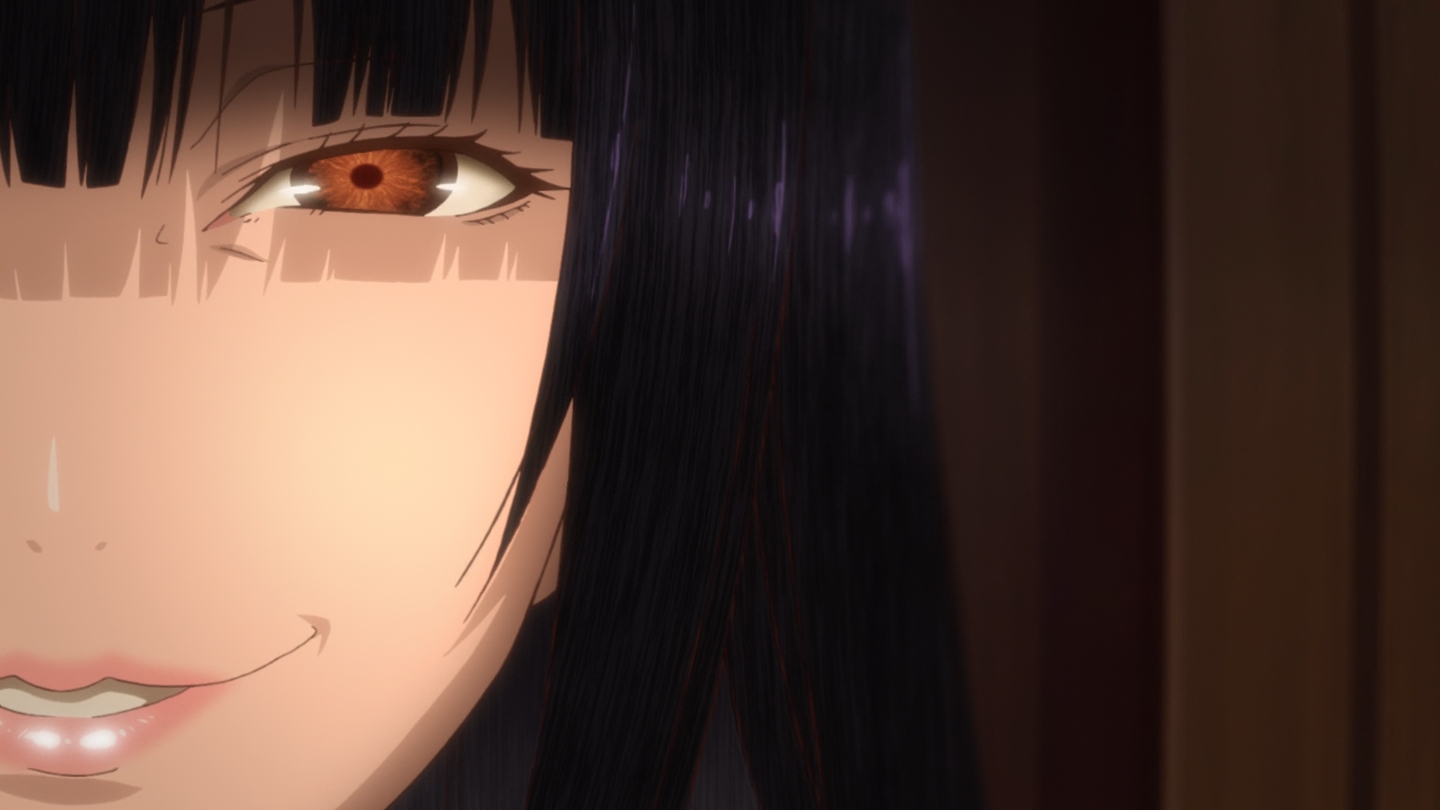 It’s quite a slow week for anime in general. Not sure whether or not it’s a side-effect of me focusing on other media, or the line-up this season isn’t strong enough to compel me to write something.

Made in Abyss – Episode 3 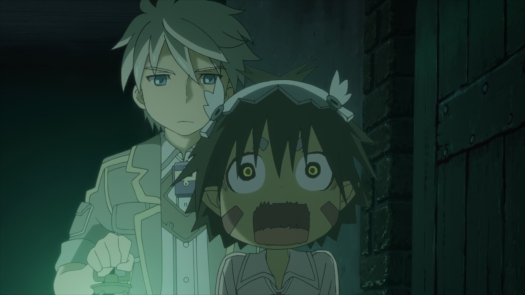 Made in Abyss awfully reminds me of those classic JRPGs I grew up with. If anything, it closely resembles (so far) the typical Hero’s Journey premodern JRPGs loosely observe. Of course, the comparison doesn’t only limit itself to video games, as it can further be extended to other narrative forms. It’s just that for some odd reason I can’t point out yet, the deeper your experience with action JRPGs is (specially retro ones), the easier it is for you to point out that a given narrative feels like a game, and can actually be a game.

The Hero’s Journey formula is explicit in making me feel as such. I can list out two or three games that have a similar structure, whilst fumbling in trying to think of an anime that I can compare it to. Perhaps it has something to do with its general structure — a space wherein its driving force is exploration, adventure, leveling up, contrary to more character-driven narratives where Visual Novels are prolific. Its structure is rounded up into three acts, but can be dissected further depending on which academic/critic’s definition you are adapting. We have the Departure, the Initiation, and the Return which are pretty self-explanatory when put side by side with what we can extrapolate from Made in Abyss thus far. The interesting thing here is the Return, in which if we take it literally, Made in Abyss has already opposed the idea given how it is presenting the trials and ordeals to us viewers. Riko and Reg are now descending the Abyss. With every ounce of effort, as seen through the show’s production quality and attention to detail, they effortlessly make it seem like this place, the Abyss, is indeed what is is — a bottomless chasm, hell, death, fear, and whatever angsty crap you can think of. So what is in store for Riko and her buddy robot at the face of this ‘place of no Return’? I don’t know, and that’s one thing that makes this show so damn engrossing.

There’s somewhat of a duality here that plays in my mind — we’re treated to this stark comparison of the surface world being as lively and beautiful as it is, versus the Abyss which, for the lack of better term (and no offense whatsoever), reminds me of the saying ‘Everything in Australia wants to kill you’ and/or Australia is upside down. Then again, is it really as terrifying as it sounds? I want to think that it isn’t. I want to think that there’s something exquisite deep down there — perhaps a lost civilization, a derelict pantheon of the gods or something. After all, the word abyss doesn’t only restrict its definition to something literal and physical. 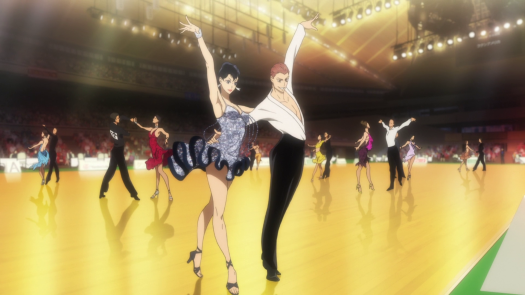 Holy crap. Ballroom just exploded. Episode 3 came off quite a shock. The first two were low-key in comparison, making this recent entry a surprise I wasn’t expecting. I mean, I wasn’t as hyped by this chapter in the manga, but seeing Tatara and his first experience on competitive grounds adapted in full color, sound, and animation completely blew me away. I also kinda dig this more serious atmosphere they’re taking which wasn’t as heavy in the source as what my friend has noticed (who, by the way, is supposed to throw in his own two-cents about this show). It’s like a tangent from similar seinen and/or shounen shows that puts a viewer-friendly image in the forefront, with characters sporting an overused slogan like work while having fun, friendship and determination and whatever cliche stuff. Ballroom, on the other hand, emphasizes that earnest passion and dedication that drives its characters. Of course, the two are fundamentally inseparable — it’s just a matter of which comes first. 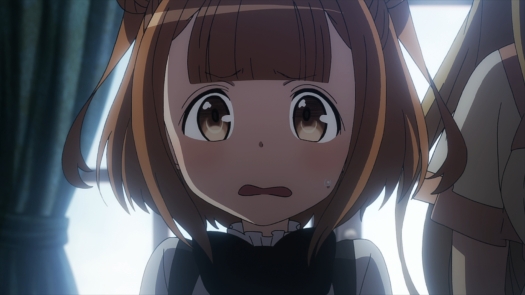 Princess Principal surprises us further with more kick-ass stuff (like getting hit by lightning and surviving) and a tragic backstory. That’s it. The rest? I don’t know what was happening. 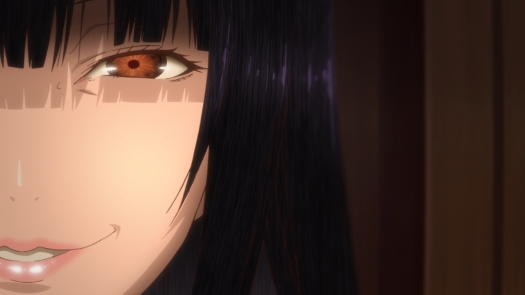 Kakegurui continues its snark commentary on labor economics. Either you’re in debt, or when you’re stuck with paying bills after bills, you’ll inevitably fall into that strict schedule from being a freeter or a regular employee. Unless, of course, you’re as crazy as Mary and Yumeko.

I was wondering what they were going to do with Mary’s character after she fell from the limelight since episode 1, hence it came as a surprise to see that she’s teaming up with Yumeko in this round of gambling (and hopefully in the future as well). We’re already having fun with just watching Yumeko and her antics alone, but to add a side-kick who’s just as unhinged? I’m very interested with how their chemistry is going to pan out. 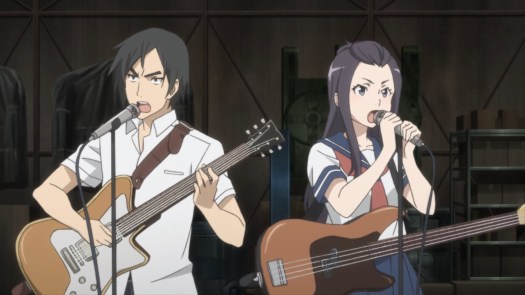 Welp. I guess that explains the ‘Quest’ in the title. Sakura Quest kinda fall in my favor. While I commend its approach in storytelling — often striking a narrative between a life and work balance — some of the recent chapters/arcs are feeling trite compared to, say, the first three episodes wherein we’re introduce to a new environment through Yoshino’s induction.

Opinions can only take you so far. I should’ve realized earlier on that academic books are a more reliable companion (obviously), than someone else’s opinion in the internet. I may or may not post my own thoughts about the books I’ve read, but this is still tentative in the meantime. Or perhaps after a couple of months, a change in my prose will be evident once those newfound knowledge sinks in. I don’t know, but this shift in my preference is surely going to leave a mark in this blog’s content one way or another. Speaking of which, I’m having this urge to re-write my piece on Aria and Japanese Aesthetic. I’ll… need to read a couple more books, though.