Now that all’s said and done, I think it’s rightfully so that we end this season with Made in Abyss next week, no? 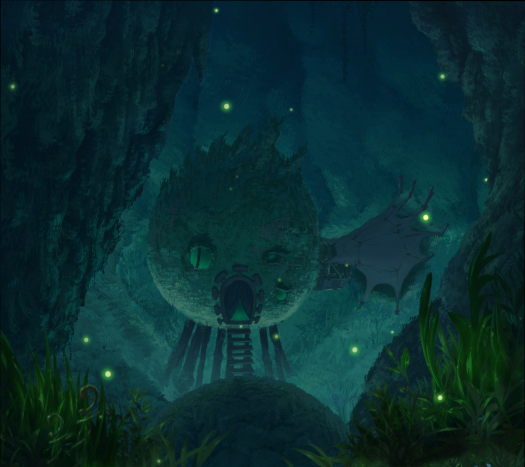 I thought we were in for some technical plausibility bordering hard science fiction but hey, I buy Nanachi’s explanation of the Abyss’ curse.

Tension is yet again brewing in preparation for next week’s grand finale. An hour for a final episode? Geez. If that isn’t an indication that we’re going to be in for something big then I don’t know what it is. Eitherway, I don’t have much to say for this episode. We’re given a small sneak peak into Made in Abyss‘ denouement, and it’s kinda nice how they were able to address that thing we heard about ‘birthday sickness’ from earlier this season. Of course, one man’s answer is another man’s question, and stuff like ‘who’s that cutie pharmacist with the weird hair-do’ and ‘what the hell is that disturbing imagery of Riko and an eyeball supposed to mean’ (I think that’s a visualization of her having a nightmare) maintains Made in Abyss‘ seemingly bottomless mystery. 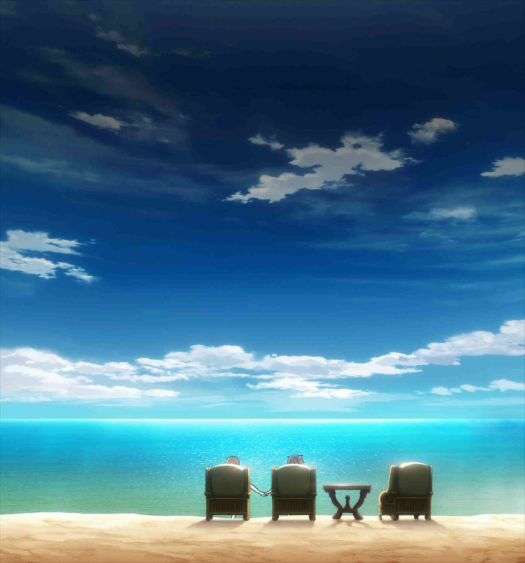 I’m pretty sure that question is in everyone’s mind after Princess Principal‘s open-ended upshot. 3hz may still have a short running in spearheading a series — with all four of their works spanning only a single cour — but their topos hitherto shouldn’t be a reason not to expand PriPri‘s franchise. Doing so will only result in disservice for an anime capable of potential beyond what we have seen… even after, you know, the scriptwriter changes again for the crucial last 2 episodes.

I’m quite ambivalent whether their approach to PriPri was a contingency in the event that the reception goes south. It does appear to be conclusive in some way, but I feel like the closure is loosely limited only to Ange and Princess’ relationship. Like, the Kingdom’s socioeconomic landscape could’ve been further exposed to contextualize our two main heroine’s resolve of overhauling their country. Sure, we did get to see a glimpse of how everyday life in the Kingdom and its people look like, though in the end these episodes were more in service of copious character development rather than actually addressing the said issue. I’m not saying that it’s bad, it’s just that overindulgence may overshadow other elements of a show that can make it better than it already is. Mystery-thriller, seemingly elaborate cloak and dagger schemes, topped with rakish steampunk mien… c’mon, there’s surely more to these than being a backdrop for Ange-Princess slash fiction (or maybe that’s exactly what it is?).

I may sound like I’m ranting here, but I’m actually not. The mere fact that my insides are screaming and begging for a second season is proof of how much I like Princess Principal. 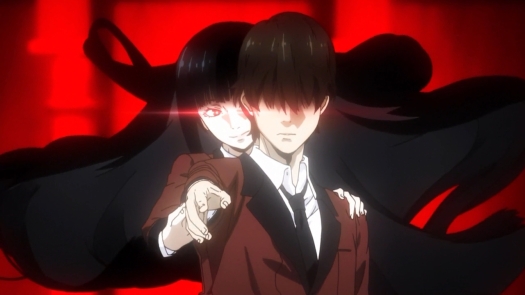 About 2 years ago, I was on the verge of quitting my job due to various personal reasons. I didn’t really have anyone to turn to and ask for advise whether it was a good decision or not given that I’m pretty much the only soul in this world that understands what makes me tick. And so, just when I was about to turn in another boring day at work, I pulled a coin out of my pocket and left it to Lady Luck to decide: heads, I stay; tails, I’ll leave. Alas, that was the last day I stepped foot onto that place.

My experience wasn’t really comparable to gambling in the traditional sense, but I can somewhat see where Kakegurui‘s theatrics and philosophy is coming from, and what sets it aside from, well, gambling in the traditional sense. Sure, I was a dumb kid years ago, and I wouldn’t exactly recommend to others my devil-may-care stunt, but recounting that particular night… putting what could possibly decide my future in the line without any regard for loss and/or gain is nonetheless giving me the iconic Yumeko O face. I still keep that very same coin today, and I use it from time to time in mundane instances where I can’t decide. Leaving it to luck what my lunch/dinner is going to be may not sound exciting as it seems, but in the end freedom feels more like at home when the wheel of fortune is left in the hands of fate.

Suffice to say, that was a fantastic episode. Some may feel underwhelmed by it, but I was completely on the edge the entire time. Heck, I could even listen to Yumeko and the President’s chatter all day long! Anyways, time to read the manga, I guess.

There’s another one going into my manga backlog. Setting aside quiz bowl’s fun antics, Nana Maru adds more layer into its flavor by espousing themes of passion and of being true to oneself. Akira can get quite annoying at times, but I love how warm everyone’s reception is despite his mean-spiritedness. It doesn’t feel as strained as other anime that falls into the shounen sports genre making it seem like the characters are genuinely enjoying what they’re doing. It retains this fun and mellow atmosphere all throughout without letting go of quizzing’s surprisingly competitive edge.

MC boarding the train with the rest of the crew waving goodbye. Why does this trope always get me every time?

In any case, Sakura Quest picked itself back up after a bumpy ride in the middle to cap one of the most satisfying ending to this season. I’ve already poured my heart out talking about it on an almost weekly basis, so if you folks want to revisit my rants and praises and some of the themes that it presents then by all means, you’re just a click away.

I’ve run out of wallpapers to use so this time around I’ll be sharing some of my favorite JP songs from my music catalogue.

Anyways, boring week. The only noteworthy stuff that happened is the arrival of the ARIA tankoubon I ordered. It’s beautiful, it’s gorgeous. I know my shitty phone camera can’t do its color spreads the justice it deserves but I just can’t help fawning over how lovely its quality is.