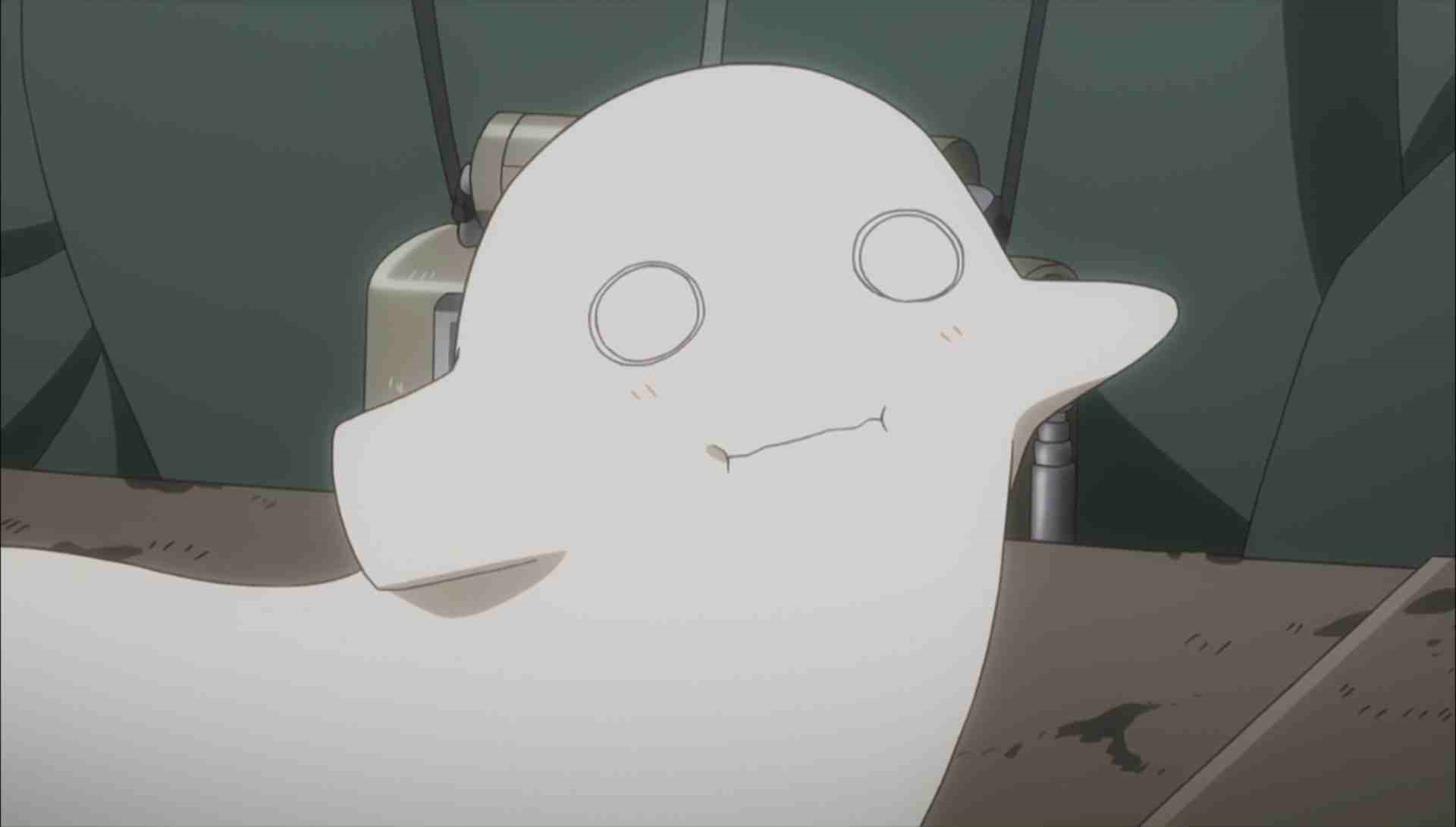 Last stretch and we’re wrapping this season (and 2017) up, folks. Start to finish, it was a great year for anime, I should say. 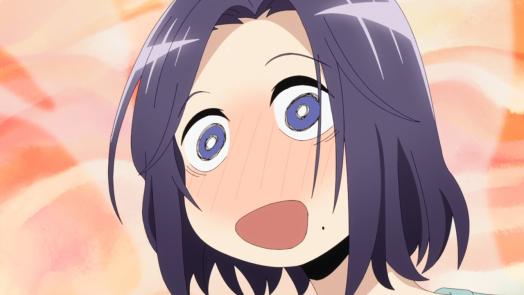 I’m pretty sure Net-juu no Susume has a lot more interesting stories to unpack but, hey, MoriMori and Sakurai hogging the spotlight ain’t gonna hurt. Right?

Whatever the case is, these last two episodes were a pure joy to watch, and asking for the show to give us a ‘bit more’ other than a straightforward focus to our main couple is similar to asking a penguin to stretch its wings and fly. Because as far as the source material is concerned, we’ve already covered what there is to cover enough for a single season, and, as what I gathered from hearsay which I took with a grain of salt, the pace at which a new chapter is released will only disappoint fans — including me — who are eager to see more of this lovable anime. Regardless, Net-juu no Susume didn’t exactly turn out the kind of anime I expected it to be, but it was still great enough in its own right for me to care otherwise.

Anyways, I got my fill of MoriMori and Sakurai to last for ages. Episode 10 was cute, hilarious, and a rather humble closure to its criminally short run this season. The two looked more like some amateur comedy duo and less like a love-struck inexperienced couple, though I guess hilarity is always bound to happen in the latter. By contrast, episode 11 was nothing but a teaser as to what we can expect when MoriMori and Sakurai get a little bit closer to each other. It was a fun, wild romp, and even manages to poke fun at cliches like that impractical suit of “armor”. Too bad we didn’t get to see more of the other extras, and too bad this is something we can’t exactly consider a Read the manga ending because, well, there are no new chapters to read in the first place. 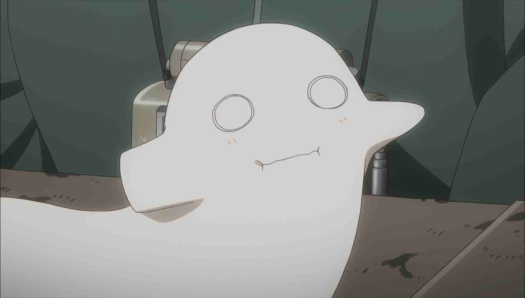 Perhaps Shoujo Shuumatsu Ryouko isn’t as extensively symbolical as it suggests. Maybe we naturally describe something we don’t understand through figures of speech and rhetorics, and from SSR‘s cryptic and mercurial surface is an inconspicuous but coherent narrative. It just so happens that the anime is taciturn in offering an explanation, much like how dots are spread too far apart making it difficult to connect them and form a comprehensible picture. It’s as if you wandered into a passage in a dictionary, but phrases here and there are omitted, altering the original meaning of a word.

With that in mind, this kinda makes Shoujo Shuumatsu Ryouko a bit different from other iyashikei anime, particularly Yokohama Kaidashi Kikou. I know I mentioned how close and similar it is to YKK before because of their post-post-apocalyptic setting, but in retrospect, the latter is arguably a lot more detached and resigned from its circumstances, drawing much of its “iyashikei” vibe emotionally and spiritually, whereas Shoujo Shuumatsu Ryouko has a grounded and objective perspective in mind owing much of its atmosphere to the mysteriousness of the unexplainable, occasionally bringing up seemingly nihilistic questions.

We’ve definitely stepped into the deeper part of the waters, but I still don’t really see SSR offering much of a denouement this last episode. Perhaps revealing its cards would defeat the purpose of what makes it immersive in the first place, eliminating the possibility of an even comfier sequel. Or maybe something ‘comfy’ isn’t exactly what SSR wanted to impart. Maybe it wanted to send a message from the future to the us in this rapidly progressing industrialized era — with nuclear weaponry inching closer to the forefront (or it already is at the forefront of every nation’s military), with nature in bated breath, and trees soon to be replaced by man-made constructions, and with religions being replaced by a far more alien entity. Hell, if we stretch it far enough it may seem like an ominous warning against exalting mass weaponry, similar to how the previous civilization in SSR deified Nuko, a creature whose name eerily sounds like Nuke. Or maybe it’s the other way around and Nuko is actually a biologically engineered creature created to disarm the world from guns and missiles, supposing that that is the cause of its apocalypse. I don’t know, but I guess we’ll soon have answers next week… or not.

Action packed last week, comedy gold (pardon the pun) this week. It’s kinda crazy that we only have one episode left yet I barely have any inkling of what is happening beneath Houseki no Kuni‘s surface. 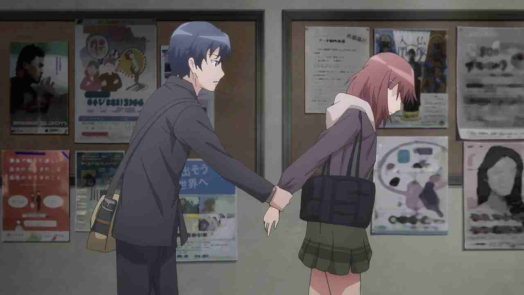 Camera-chan is a saint. She’s a saint among a world of inscrutable nonsense. Bias aside, her unselfishness is both something to be disappointed of and admired. Disappointed because you would’ve thought she’d actually try to win Eita’s heart, and admired because she might’ve already known that she never had the chance to win and chose to consider his feelings instead. Of course, I still wanted her to win because of how meh Natsume has played the game so far partly due to how fickle she was. Like, “Oh, the person I like is already seeing somebody else? No problem, there’s someone else to fall to.” Or maybe Haruto was the rebound, and it was Eita whom Natsume really liked in the first place ever since middle school. I don’t know, man. Also, I wasn’t at first chummy with Hazuki giving the Haruto a second chance only to turn him down again, but at the very least their relationship has been somewhat resolved. 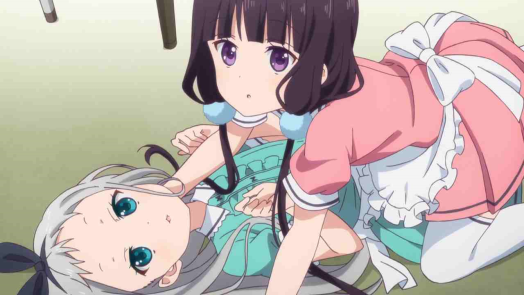 They say Blend S is getting worse. It’s just me, but this anime is so wrong in a good way.

Some backstory about Elias. Did little to make me fully click on his chemistry with Chise. Anytime soon, I guess? I kinda feel like because of this those dramatic moments with the two of them are wasted. Though, I kinda see where their dynamic is coming from now after that backstory, with Elias seeking his humanity in Chise and Chise her place in Elias’ world. Oh well. Maybe I should read the manga instead.

I got myself a Kindle Paperwhite 2015 last weekend. Quality is amazing. As far as reading experience is concerned, I became a fan of e-readers after a single seating. It’s actually the reason why I wasn’t able to get a post up last week — got too hung up on reading that it’s early morning by the time I realized it. You can find my Goodreads right here.