Ah, it’s finally the last stretch. I’m glad that I was able to blog some of the shows this season, kinda like that feeling of being part of something great. I know 2018 is far from over, but if ‘Season of the Year’ is a thing, I’m sure it would be obvious which is it. 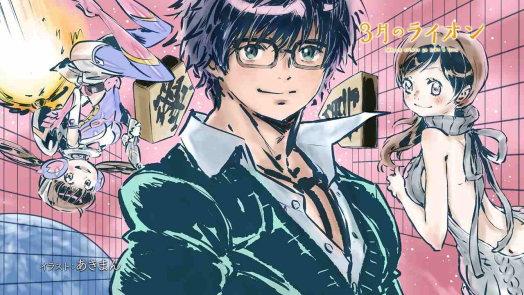 Badass in one episode, comfy in another. It’s as if I’m watching two different anime, but I’m obviously not. Episode 19 is explicitly different from 18 in terms of general mood and atmosphere, yet it’s still following a single thematic thread, from Yanagihara, to that diabetes-inducing food segment, to Takagi.

Effort is a universal thing — we exert it whether we’re conscious of it or not — and I’m sure anyone who’ve hit a roadblock in their life has more or less questioned its rationality and why we need to put up with it in the first place. I’ve been there a number of times, but I’m not going to dwell on that.  We each have our own answers as to why we put effort as much as we do, and its intensity is incremental the older we become. Yanagihara’s arc could be interpreted as a message on growing responsibility, something that starts to become apparent by the time we transition from a teenager to a young adult. That very responsibility pretty much is the reason why he exerted so much effort for shogi, and we all know how very difficult it is to run away from ours, similar to how the sashes bind Yanagihara to his duties. Takagi, on the other hand, represents those who aren’t bounded yet by responsibilities besides school. They’re usually the teenagers who have nothing better to do than do teenager things, but I guess that’s just how it is — for some it’s all fun and games while we’re still young, and so we don’t really have an idea of the extent of what’s waiting for us in the future. And then there are people like Rei who already have a lot of stuff on their hands at a young age. There is Akari who we all know is a very responsible sister, and Hina, too, is likely to follow the same footsteps. Honestly, I think those who grew up weathering the storm are the nicest people you’ll meet, but of course, no one wants to subject their kids in circumstances similar to Hina/Rei either just for the sake of that.

Hah! You’re not pulling another one on me, Violet Evergarden. I can see what you’re up to from. miles… away…… Ugh. Oh God. Screw this. Something got into my eye. Sniff

I honestly was on full alert from the very start seeing that it’s one of those episodes where someone dies, and so I’d like to give due credit to this episode for turning my emotional state from Chuck Norris to Fuck Not This in less than 5 minutes. Death seems to be a recurring theme Violet Evergarden centers around, yet even when having the same subject, each of these episodes’ messages still feels authentic and original, all the while gradually building Violet’s understanding of what it means to love. Episode 7 with Oscar and Olivia was as equally wrecking as this, but that episode felt more like someone abruptly opened the faucet and let cold water flush down the drain. An “In your face!” kind of thing, with Oscar’s fervent longing for his daughter, that damn OST, Violet skipping on water, and the montage of Olivia culminated into one cathartic climax. It’s a release as much as Oscar finally let go of the fact that Olivia’s already gone. While this shows how much it hurts to lose a loved one, episode 10 is right there to bookend the message that loved ones will always watch over you. It was a very, very slow kind of burn. I knew what was coming, but the way the episode was paced and directed was nothing but a thorough tear-jerker — an “It isn’t sad until I make you cry!” thing this time. Again, this isn’t possible without characters as well whom you’d care about within a single episode. They really sold us on how cute and innocent Anne is. We don’t want to see a cute and innocent child hear the news of her only remaining parent’s situation, after all.

In any case, love sure has a lot of definition. It’s interesting to think that Violet isn’t only looking for what Gilbert meant by “I love you”, but rather the meaning behind the inexplicable feelings she has towards the Major as well. Because if it’s just the former then it isn’t any different from a one-sided love, and the fact that Violet is so insistent to know more about Gilbert is already an indication that she loves him regardless if it’s romantic or not; knowing what Gilbert meant by those words also means realizing what she feels for him. 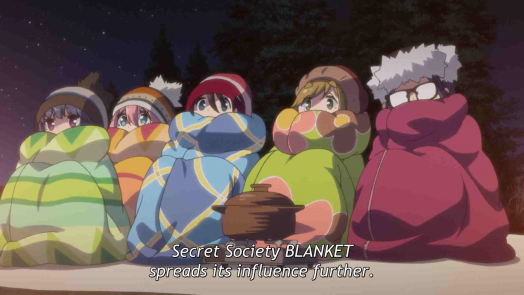 1 episode left. It’s going to be an unforgivable crime if we never get a season 2.

I honestly didn’t have much to say about Yuru Camp just because I feel like it’s best experienced than explained. No, I’m not justifying the argument that I suck at blogging (though to an extent I do), but this anime is pretty much perfect in every aspect I can think of. There’s nothing about it I can find to hate, and even from the get-go it already made a case for itself that it’s going to turn out into something quite special. A bulk of the fun comes from character interaction as we’re treated to generous amounts of friends just being friends with each other, entertaining whatever antics someone is up to. Heck, Inuyama and Ohgaki are one of the funniest comedy duo there is recently, and even that doesn’t come close to how fun it is when they’re all together.

One other thing I’d like to add is while the food itself doesn’t look as picture-perfect as something from Food Wars, just the fact that there’s a character who’s eternally starving is enough to turn a rice ball into a 3 Michelin-star dish. I guess it is not so much about the food itself as the act of stuffing your empty belly full is what makes this anime’s foodie segments vicariously mouth-watering. I just realized this when I got back home from work after having nothing to eat for 9 hours. Propped open a can of corned beef, sprinkled some soy sauce on the rice, watch this episode, and voila! It’s as if I’m eating a goddamn sukiyaki. 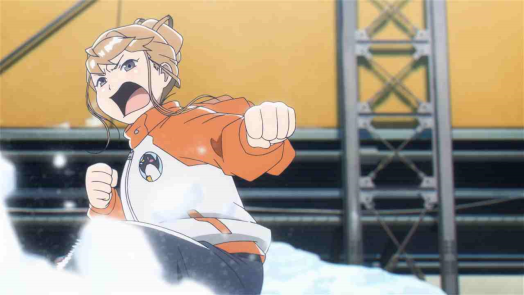 Sure is nice to have friends this honest. Even if I’m someone who prefers the company of a small group I only have a couple of people in mind whom I considered a real friend — the kind of guy that you can easily have a conversation with with basically anything.

Hinata’s conclusion to her episode/chapter hits too close to home it’s uncomfortable. I guess I can see why I was easily drawn to her character from the start. Nah, I didn’t have anyone spread rumors about me behind my back — at least not that I know of something happening like that. Getting tired of whatever shit there is sorta flips another persona within me. Like, everytime I meet someone new — be it a random person or a new colleague from work — I make sure to act differently from the me who’s jaded and reserved. With them it’s usually me being funny, easy-going, happy-go-lucky with them, but by default I’m this messed-up, awkward dude inside. I mean, they wouldn’t care about that side of myself eitherway, unless they turn out to be friends like the girls here in Yorimoi. Might as well avoid the trivialities, right? And so I somewhat share Hinata’s (and Kimarin) sentiments on going to Antarctica. The kind of feeling when you’re fed up with crap and just want to hole up and hibernate somewhere in a mountain, collect yourself, starting things anew, look at the world with a different perspective. To an extent it somewhat reminds me of Takemoto from Honey & Clover, riding his bike until the tires wore out for the purpose of realizing how important the things he left behind are.

It’s Hakumei to Mikochi x2 this week, boys. I love this anime’s candidness on alcohol. Just wish they went in-depth with it a bit more but hey, nostalgia and beer somewhat compliment each other, no?

Final Fantasy XV is pretty great. It totally delivers on its front of ‘a Final Fantasy game for fans and first-timers’, something you’d easily see from how they manage to mesh old and new in its world design and overall look. The main characters are absolutely fantastic. It’s one of those games where you’d rather walk the distance than fast travel to a location simply because it never, ever gets boring with them.

I guess the only thing that’s bottlenecking this is the battle system and the main story’s length. There are moments when the battle system works flawlessly, but it’s more often that shit just gets so confusing especially when there are 3-4 or more enemies at once. Not sure why but I didn’t have that much of a problem with Kingdom Hearts. As far as the main story’s length goes… I’m 35 hours in, and if we take away those optional side quests, walking around, mini-games and whatever I’d say the main storyline ran only for about 4-6 hours. I’m honestly okay with overbloating quests or other activities so long as they, in one way or another, contribute to exploring the fringes of the main story, but here it feels more like a chore for gathering XP, monies and stuff. Of course, you do get to explore the world more whilst doing sidequests but that’s something you’d go over with on the main storyline eitherway. Well, whatever. I’m a big sucker for good characters so that in itself is enough to make me shrug off its otherwise glaring flaws.