That ED is canon, and YutaxRikka shippers are now on suicide watch. 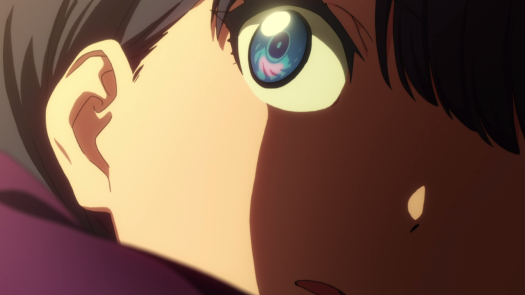 Anyways, let me backpedal here to three weeks ago: Akane and Rikka’s relationship is indeed integral to the how this show will develop. Not in the way I hoped it would be, and most of all not in the way I expected it to be. No, I ain’t entirely begging for them to be tied up narratively just because I wanted to see best grills going at it (although that’s partly a reason why), it’s just that having this sort of history and affair between the two of them offers a more engaging and thrilling watch. They could’ve gone on without this reveal and it would still be a fun and entertaining ride, to be honest. It goes without saying that SSSS.Gridman is rooted in tokusatsu and mecha shows — shows that are mainly enjoyed by those who likes heroes, who likes to be heroes and action stars, who likes seeing good guys beating bad guys,cool robots, cool poses, cool moves — yet it’s still heavily dosed in its unsettling atmosphere creating a very distinct duality, like two sides of the same coin battling in mid-air over who would land face up.  The revelation in episode 8 about Rikka gives it an existential angst flavoring which is just a perfect complement to SSSS.Gridman‘s darker side and, quite frankly, it’s exactly this sort of ubiquitous atmosphere (previously perpetuated by Akane) that makes this show such engrossing to watch.

While it answers and confirms some of the nagging theories behind the pervading mysteries of their world, it calls into question the nature of Akane’s godly powers as well as why Rikka had to be “programmed” the way she is. To start with, why didn’t Akane just fashion the city into something she’d like instead of constantly running into things and persons that rubs her the wrong way? Maybe she can’t because there’s a limitation to what she can do, but mayhaps she doesn’t really have a clear grasp of what it is exactly she hates. She reminds me of a very mad person in a very bad mood, the sort of feller you wouldn’t want to come across in an empty street. The guy’s irritated and he starts on stomping the ground and kicking the hydrant — he isn’t really mad at the ground or the hydrant, the targets of his frustration were just unlucky enough to take the blunt of his displeasure. It’s somewhat like Akane to an extent; her acts of vengeance were certainly petty at first glance, but the cause of someone’s trivialities oftentimes runs deeper in his/her skin. 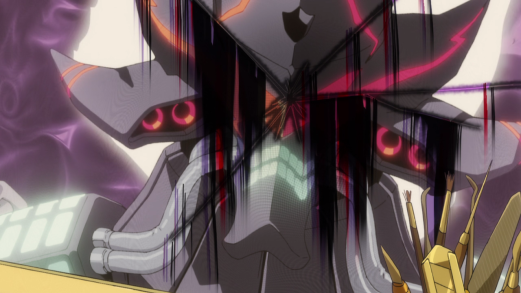 It’s interesting how the bigger picture shifted from Yuta’s memories, to Akane and Rikka’s relationship in just a flip of a switch. If anything, the latter kinda makes more sense in explaining Akane’s foul mood, whereas the former has a lot to do more with all the aliens and stuff (such is why Akane wasn’t all that aware of Gridman’s true identity). As crazy as it sounds, Akane might’ve murdered Rikka before, or at least not exactly by her own hands but through a kaiju she created. All the people she killed so far were entirely deleted from their world/reality, and based on her conversation with Yuta last week, if she needs to change something (or someone), she has to destroy it first to be able to rebuild it with her own preferred personalities or settings. Otherwise, it doesn’t really make any sense why she couldn’t have just programmed the girl from the volleyball club or their teacher instead of having to take all the troubles of blowing up half of the city just to get rid of what ticked her off. It doesn’t add up either that Rikka was created from nothing and didn’t exist prior to this because from the start everyone including Yuta knows who she is, so the only way her existence could’ve been tampered with is by killing the original Rikka and then making a new one… or something like that.

That particular line about how she “programmed” Rikka so that she’ll “never be able to hate her” is very, very suspicious because it could only mean that they weren’t at the best of terms before. Perhaps they were great friends — or Rikka was the only one Akane would really call a friend — but had a falling out for whatever reason, and perhaps, even more incredulous, Rikka might’ve been a bitch and a bully with Akane one of her victims. Maybe that could explain why Rikka is oddly too concerned with people she isn’t really acquainted with, so Akane did the liberty of correcting her behavior, though that doesn’t really account for her relationship with Yuta if there ever was one so meh. Whatever it is, things are getting spicy, fellas.