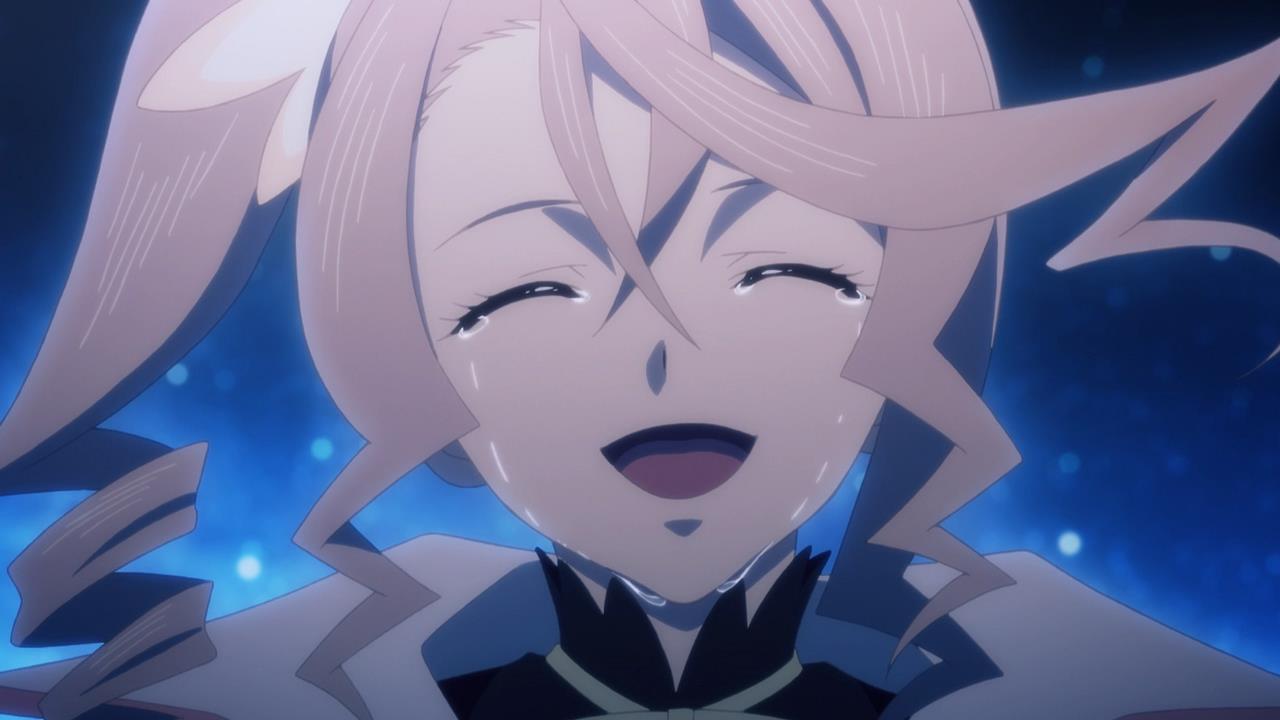 For the nth time, I guess we can finally say the adventure is just starting?

In retrospect, blogging about ToZX had been quite a difficult prospect for me due to the nature of the show and my relationship with it. Though, regardless of my overall negative feedback every episode, ToZX still managed to cap its first season off rather favorably. I couldn’t ask for more, nor could I ask for less given that I genuinely did enjoy watching the characters do their stuff, and that I had to keep in mind that adapting its source isn’t an easy task for ufotable based on reasons I discussed throughout this season. Having said that, it’s funny that I’m still contradicting myself with these wishful thinking of ‘more of this, less of that’, and I was actually hoping for some kick-ass action featuring Sorey and Kitty Beard (it’s what Edna calls the Lord of Calamity) considering that this arc/chapter is one of my personal favorite from the game. However, thinking back on what transpired over the course of ToZX‘s first season made me realize that I may have been side-tracked from what ToZX is aiming for thanks to all of my constant nitpicking. Then again, my past self has no way of knowing this since the final piece of the puzzle is only available in this last episode.

You see, ToZX spent a fair amount of its early episodes framing Alisha at the center of everything which led me to question whether or not this adaptation will try to bring justice to her character. Regardless of how it was executed in the middle, confirming that we were indeed able to protect her smile this episode gave me a hunch that perhaps this season was truly meant for Alisha and her fans’ sake. With that in mind, season 1’s entirety makes more sense and this line of thinking got me to appreciate ToZX more for what it did. 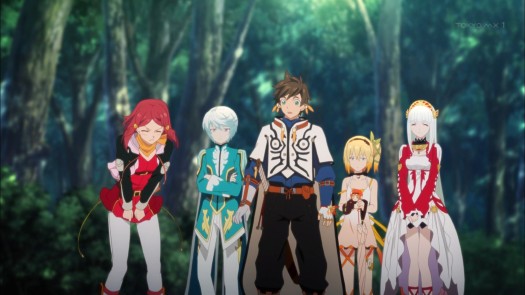 The key moment this episode is with Alisha affirming her belief after meeting the Seraphs in flesh. This particular moment loops back to what I mentioned in Episode 3:

Her unyielding optimism for her belief amidst everything that has happened to her is admirable, but from time to time, one can’t help but feel jelly in face of uncertainties. She’s lost — literally and figuratively. The scene with Alisha handing over the Shepherd’s crest/gloves to Sorey felt even more heavy, after hearing her talk about how she still believes about the existence of the Shepherd, and that she assumes it has to be someone like Sorey. Maybe she isn’t lost after all. The fact that she’s still clinging on that small thread of hope, and her meeting with the supposedly non-existent seraphims means that she’s on the right track — she just doesn’t know it.

One thing ToZX concretely resolved this episode is Alisha’s own story and character arc. She would no longer be relevant in the next season from the looks of things, but that’s fine because her part is now technically complete. In a way, she became this season’s true hero in comparison to Sorey’s reactive nature. Alisha had a story to tell; she had the resolve from the very beginning, whereas Sorey is just starting to flesh his character out (boy, how I ranted about him for the last couple of episodes). The final straw was drawn this episode, and watching Alisha with tears rolling down her cheeks made me want to hug her and tell her that she did a great job. Perhaps those tears were a vulnerable display of relief and happiness. Perhaps it was shed to show us that beneath her hardened exterior is someone who is actually uncertain about what she’s doing. Regardless of what it is, going into the next season with the thought that Alisha knows full well that she’s on the right track gave me some peace of mind. Thank you, ToZX.

Welp. To be honest, despite of how difficult it was to blog about this anime, I still managed to learn a lot both in terms of being  a viewer in general and in terms of my perspective on criticizing a work of art. Though just like Sorey, I still have a looong way to go before I can be proud of whatever I publish here. My second season of blogging was truthfully harder than the first now that I have to rustle my jimmies even more. Again, thank you, ToZX. I may not be playing a game with you now, but you definitely helped me level up. Oh, and shoutouts to those who have been commenting and reading my posts! You cool guys know who you are. I appreciate it.